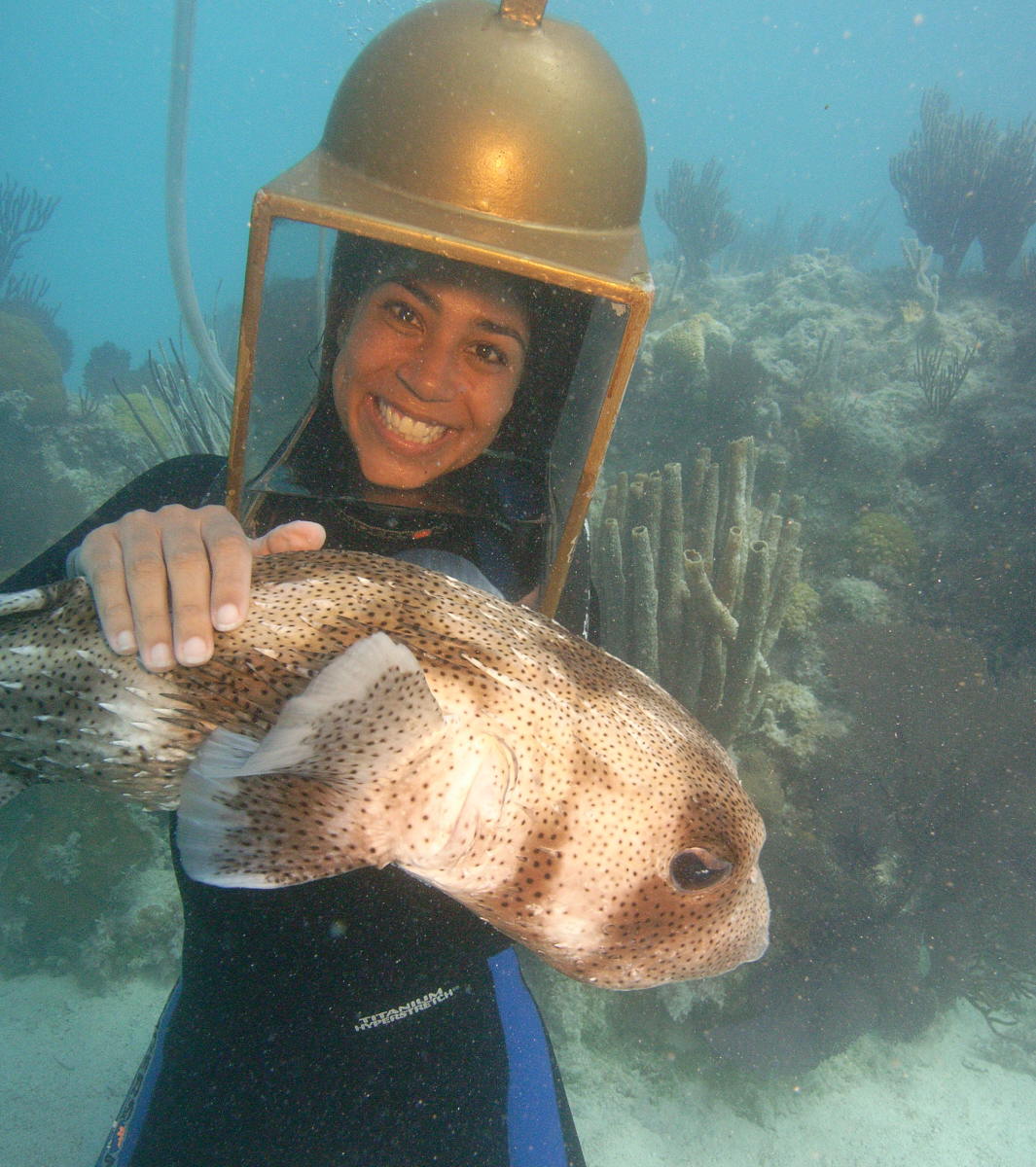 In 2009 made quite regular appearences, at least once a week. He is quit an amazing fellow. First of all he does not shoot out quills. Secondly there is no poisin in the spines. They are only dangerous to eat. In Japan it is considered a delicacy, a gastronomic pleasure, an oral sensual indulgence. Only trained chefs may carve up this delicacy to separate poisin from pleasure. A pleasure the Emperor is not permitted to enjoy. It would be bad for the empire if the Emeror should die. It is also bad for the puffer.
ET eats mussels crabs and other crunchy invertebrates. Click here to see a shot of E.T.chewing.

We get him to slurp in a mussel and then hold hands on his back and tummy to feel the crunching vibrations as he chews up the mussel. He has big bug out eyes that can actually retract almost an inch inward like a turtle’s head. He has this adaptation as he is a bit ungainly and will bump into things. ET had a scratch on his eye this summer that I hope will heal.

According to some divers, puffers will inflate if you smack them on the tail. The thought would never have occured to me. We want him to be our friend.

ET was an interesting blend of one part curiosity and three parts stupidity. It was great having him for people to touch and see but I had to keep an eye on him constantly. His inquisitive stupidity ended up cracking two camera LCDs, two of my watches, as well as crushing my angelfish feeder and expressing interest in jewelery like belly button rings.

Click here to see another video of my brother, Chris, fondling and molesting E.T. You can see that things are not going according to the program as E.T. sees it. The usual routine is to be touched briefly by everybody and then be fed. He is good natured and will tolerate quite a bit if there is food in the end. I was filming, but did feed E.T. after all the interference with his personal liberty. E.T. tapered off his visits and stopped coming by in 2010. 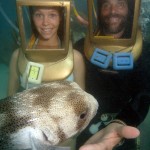 E.T. is backing away and does not know to pose for the camera, daughter Sandy does. 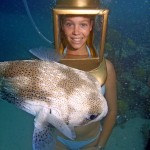 Sandy knows to keep her hands to herself when looking at the camera and away from E.T. the swimming vice. 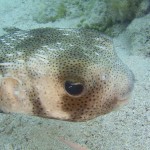 Our last E.T. had a permanent scratch on his eye. 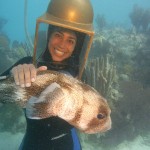 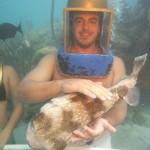 E.T. was never good with choreography. 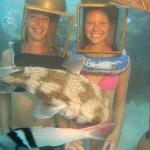 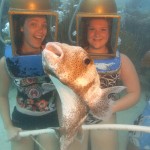 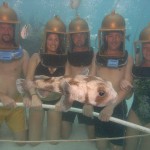 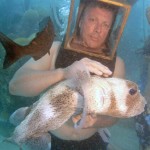 Those big pectoral fins are of maneuvering into position to pull mussels, oysters and scallops off the reef. 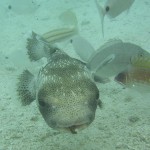 A great thrill was to feel the vibration of E.T. crushing a mussel 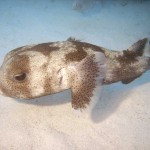 Porcupine puffers are a bit awkward so their eyes can retract if the face bumps into the reef. 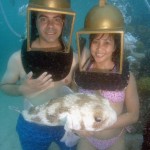 Sad to say that ET is no longer with us. 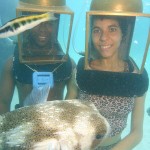 One strokes E.T. only one way. The spines stick you if you rub back and forth