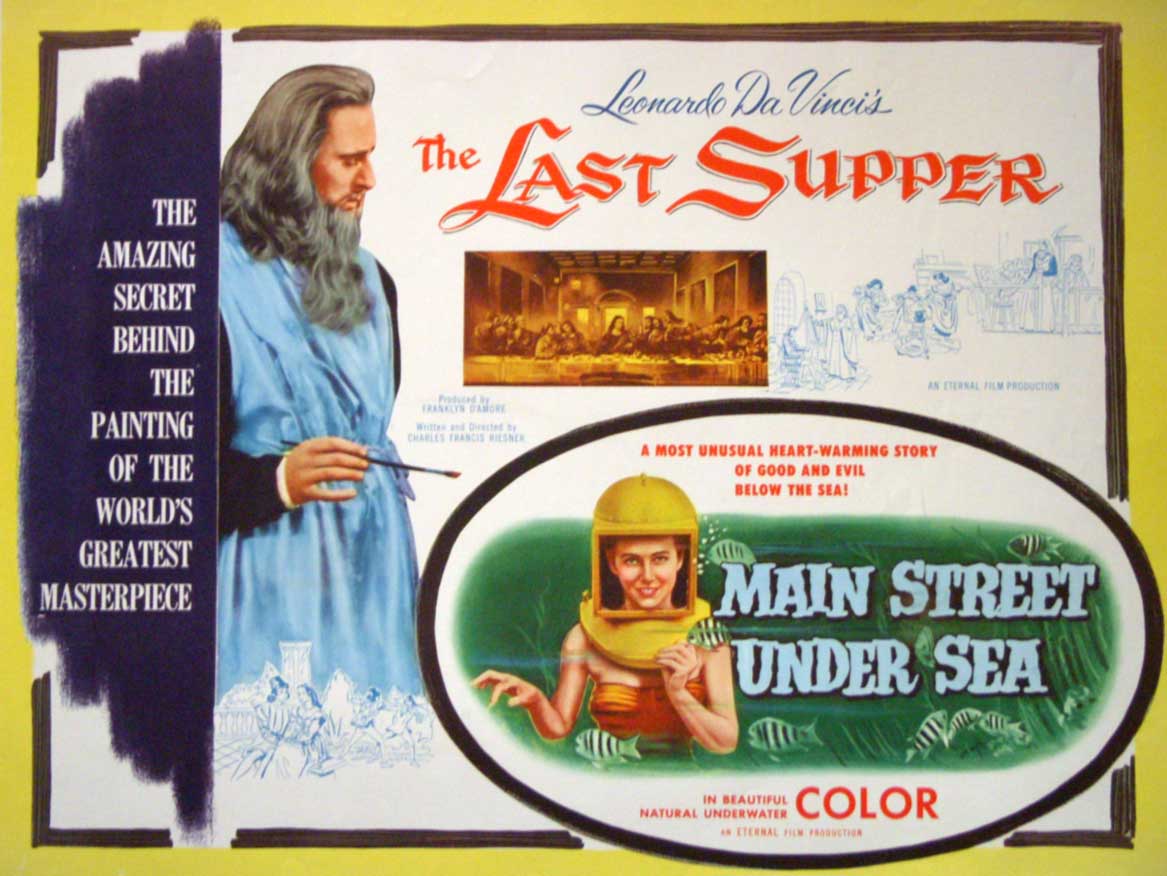 Before I was born, my father and his first wife, Cuban born Martica, made the first full length undersea movie ever shot on Kodak film. Bronson made his own undersea housings and acted as director and producer, with Martica as the protagonist and star.

It was a simple, yet meaningful, story of a young woman who became disenchanted with the violence on land. Various scenes of underwater beauty and harmony then followed. There was even a provocative shot of two seahorses in what appeared to be a loving embrace which was deleted by censors. My father took two seahorses, put them in a tall glass,  gave it a stir, and shot the scene through it. The poor creatures had nothing to hold onto in this swirling commotion but themselves. The following intimate embrace coupled with the stirring waltz was just too much for the morality police, so it was cut out.

As the plot progressed there were scenes of hermit crabs fighting over shells, octopus devouring crabs and other scenes of death and violence. The final conclusion is that there is both harmony and chaos all around-underwater and on land.

They told my father that the movie was destroyed in a copying machine, and though he suspected it was just stolen, we have never found evidence of it anywhere.